Designed by IRD Design with fitout works executed by Ghantoot Group, the new DEWA Auditorium refurbishment required bringing calmness, serenity and luxury in a place limited by the dynamics of the established architecture. However, the balcony levels were modified with beam clearances, and concrete structures changed to steel.

The aim of the overall design concept was to create a different mood throughout, from the reception to the waiting and presentation area, all the way to the exit. And the inspiration was taken from the ripple effect of a drop of water, along with its circular pattern. This chosen pattern was carved into wooden slats, and circular LED lighting, set at various intensities, enhanced the dynamic element, suggesting movement.

Various carpet flooring was used to differentiate the seating and circulation areas, with a gradation of blues going into greys, and picking up again in the rear of the auditorium and the ceiling. When all the internal lights are lit, the auditorium exudes a blue glow, which gradually changes to white.

Lobbies on all three levels have laser cut screens covering the external glazing, thereby allowing daylight to filter in, while backlit panels minimise the harshness of ceiling lights. The back of the atrium was treated in special 3D wallpaper plaster, which engages with eye movement to create different patterns. This particular feature ties up all the three levels.

Moving on to the VIP Lounge, the walls were treated with 3D laser cut mashrabiya patterns, varying in thickness, and adding a dynamic expression together with LED wallpaper. 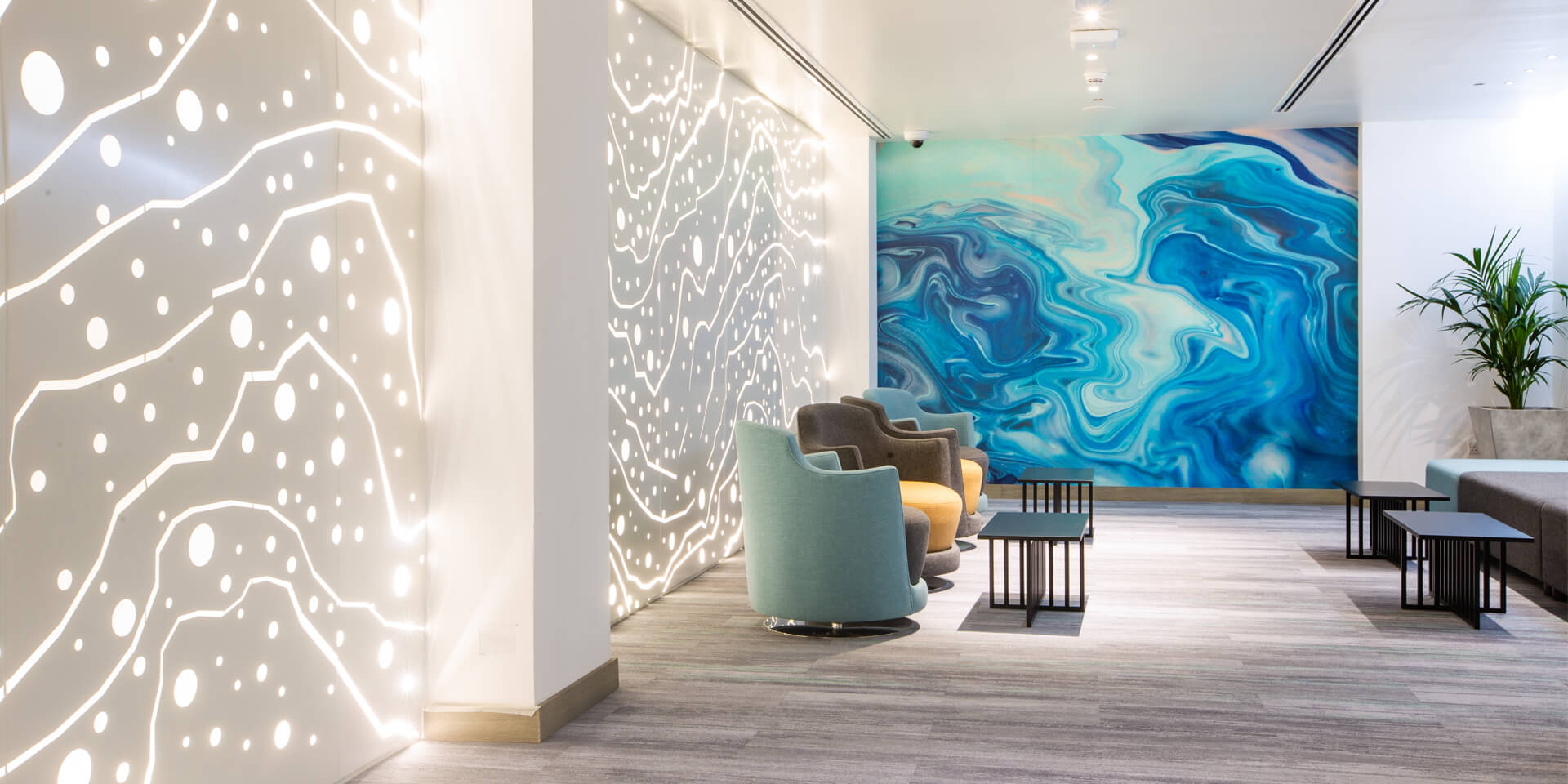 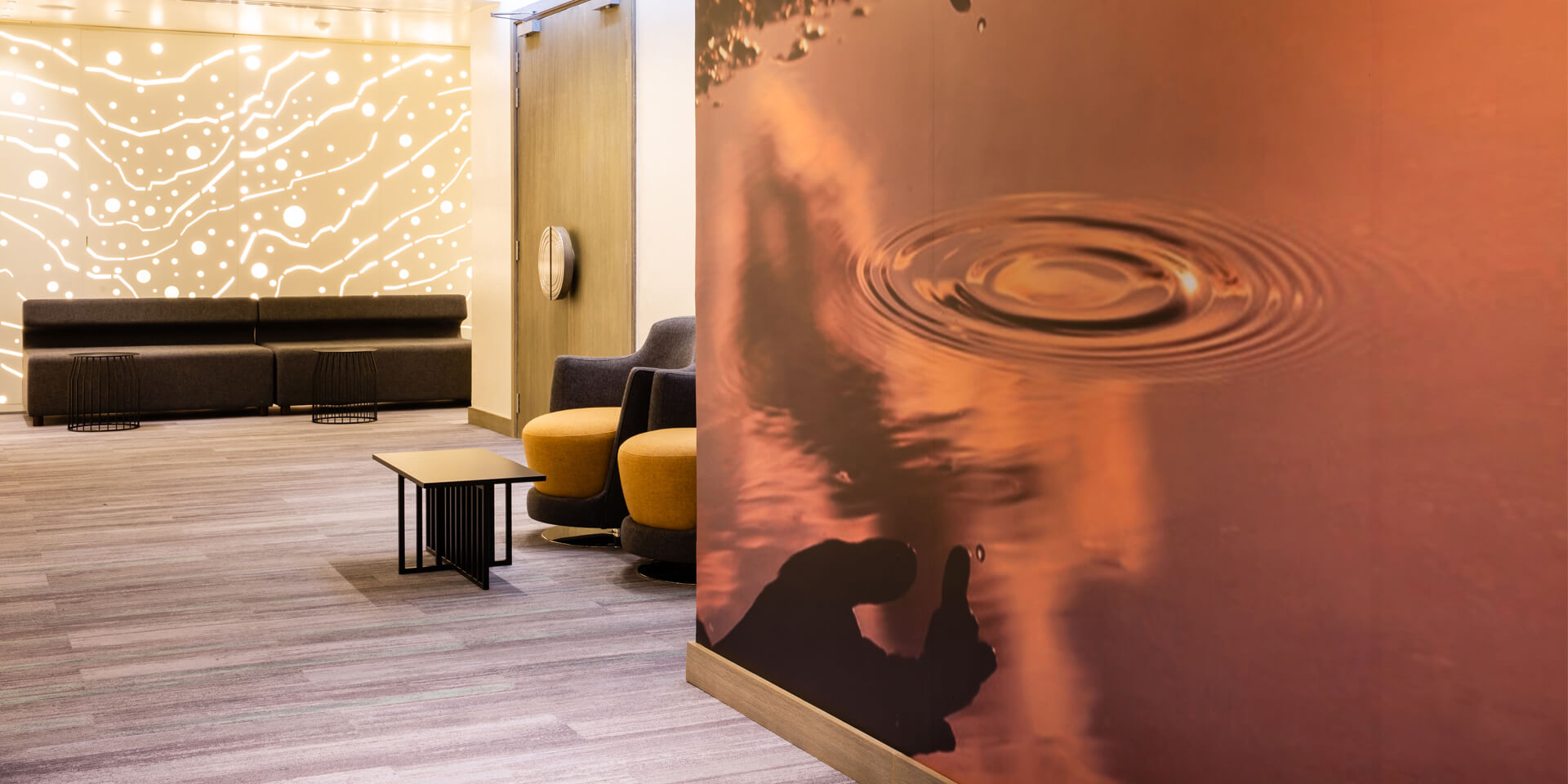 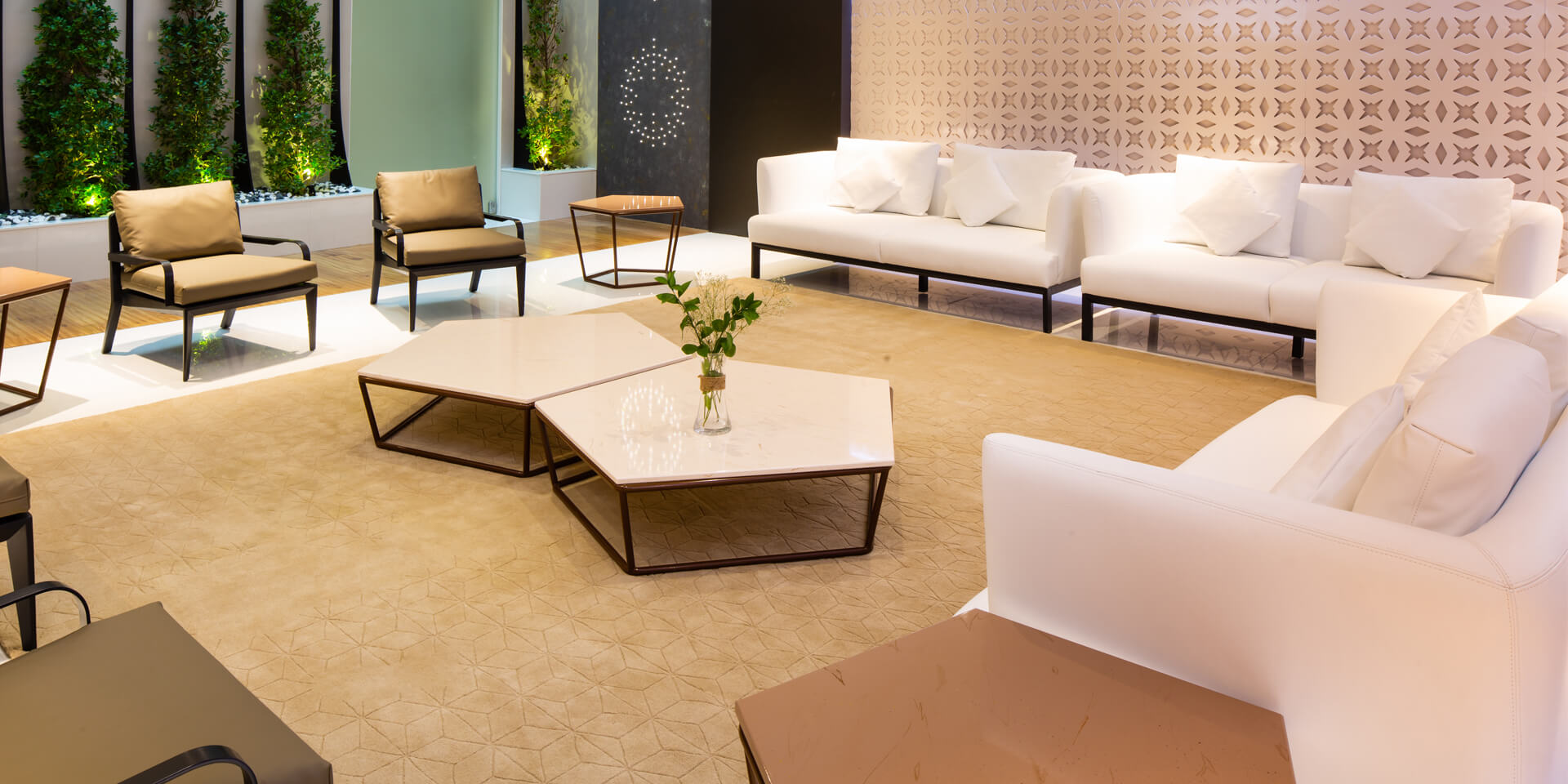 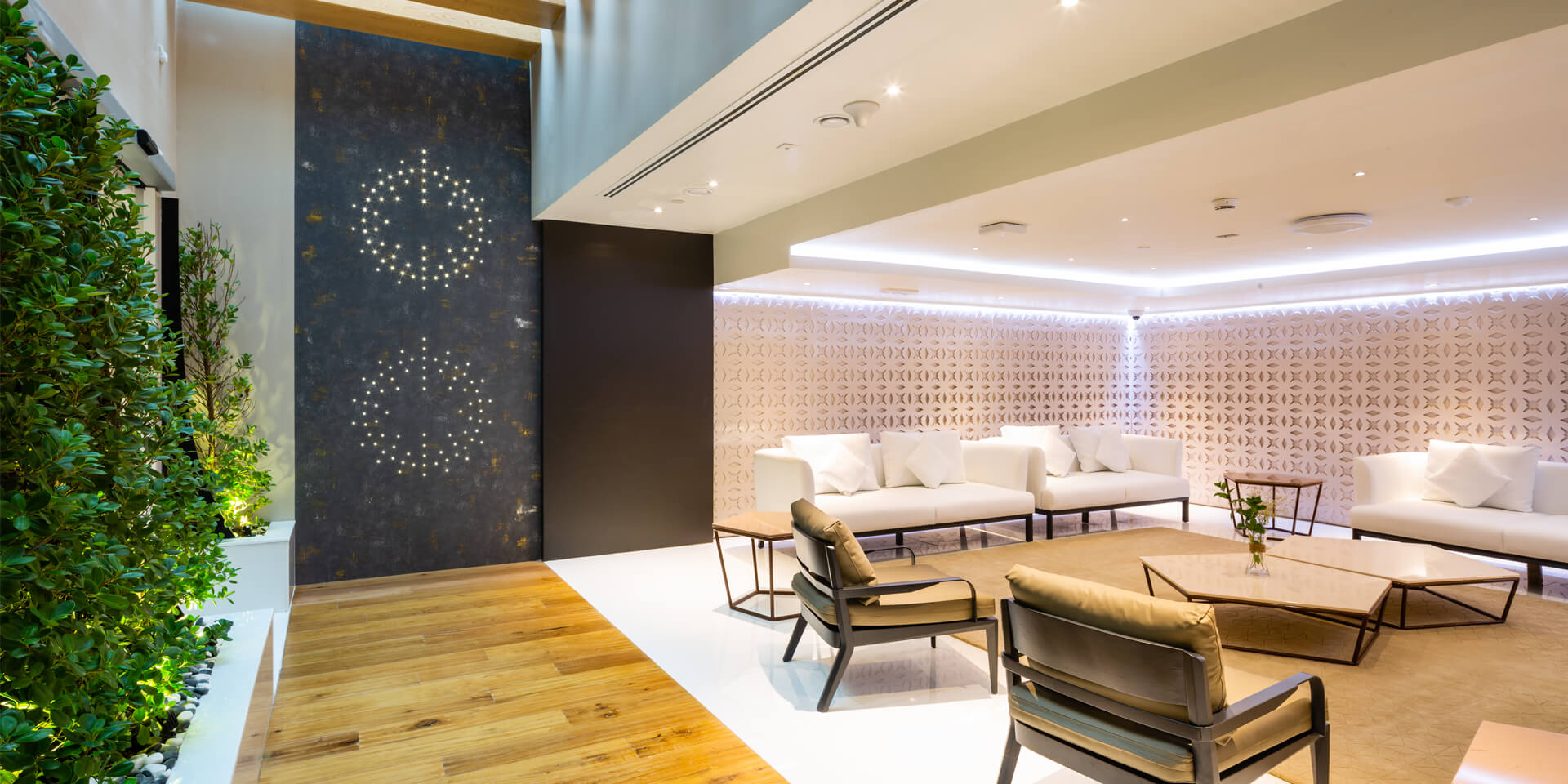 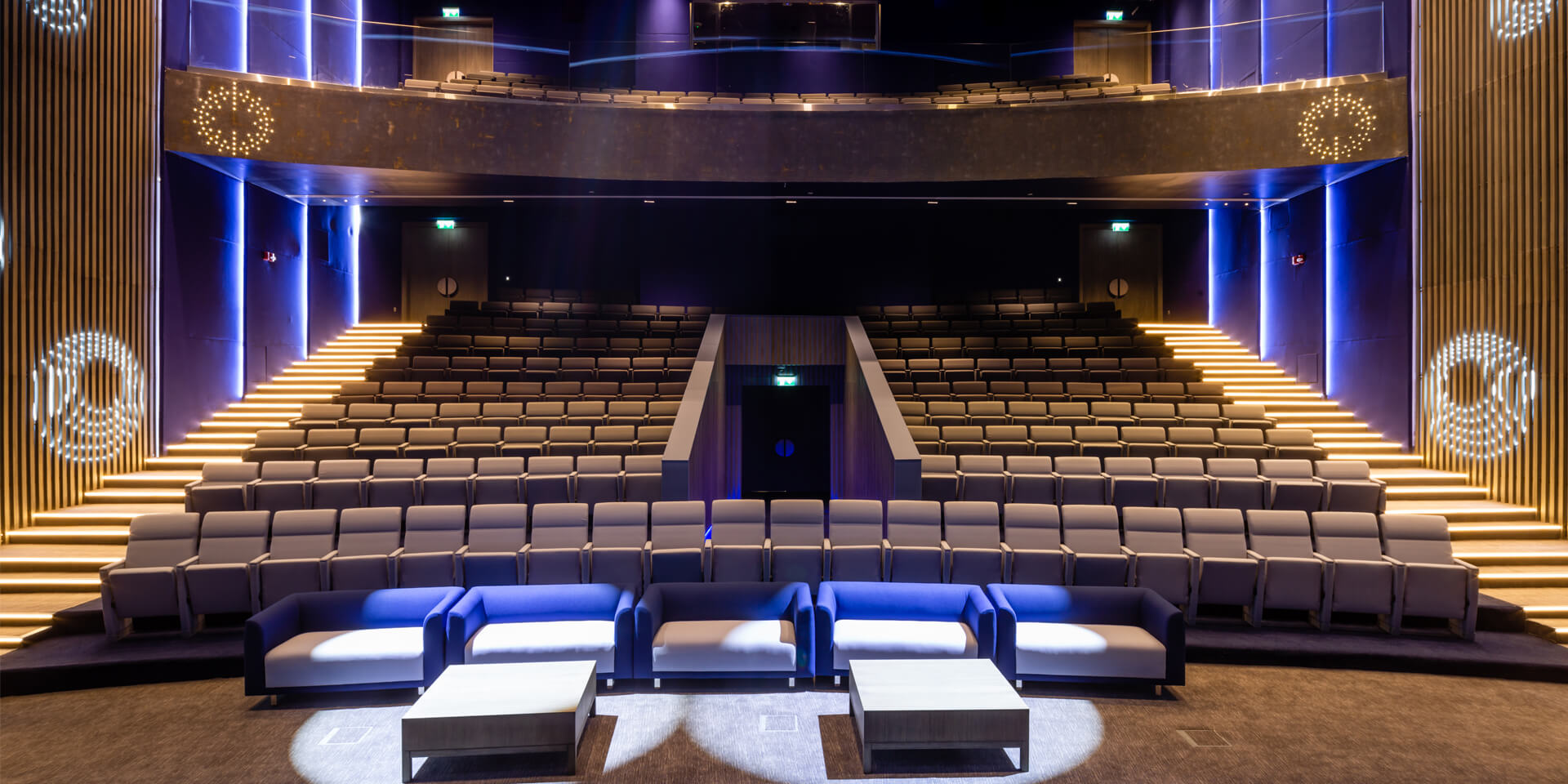 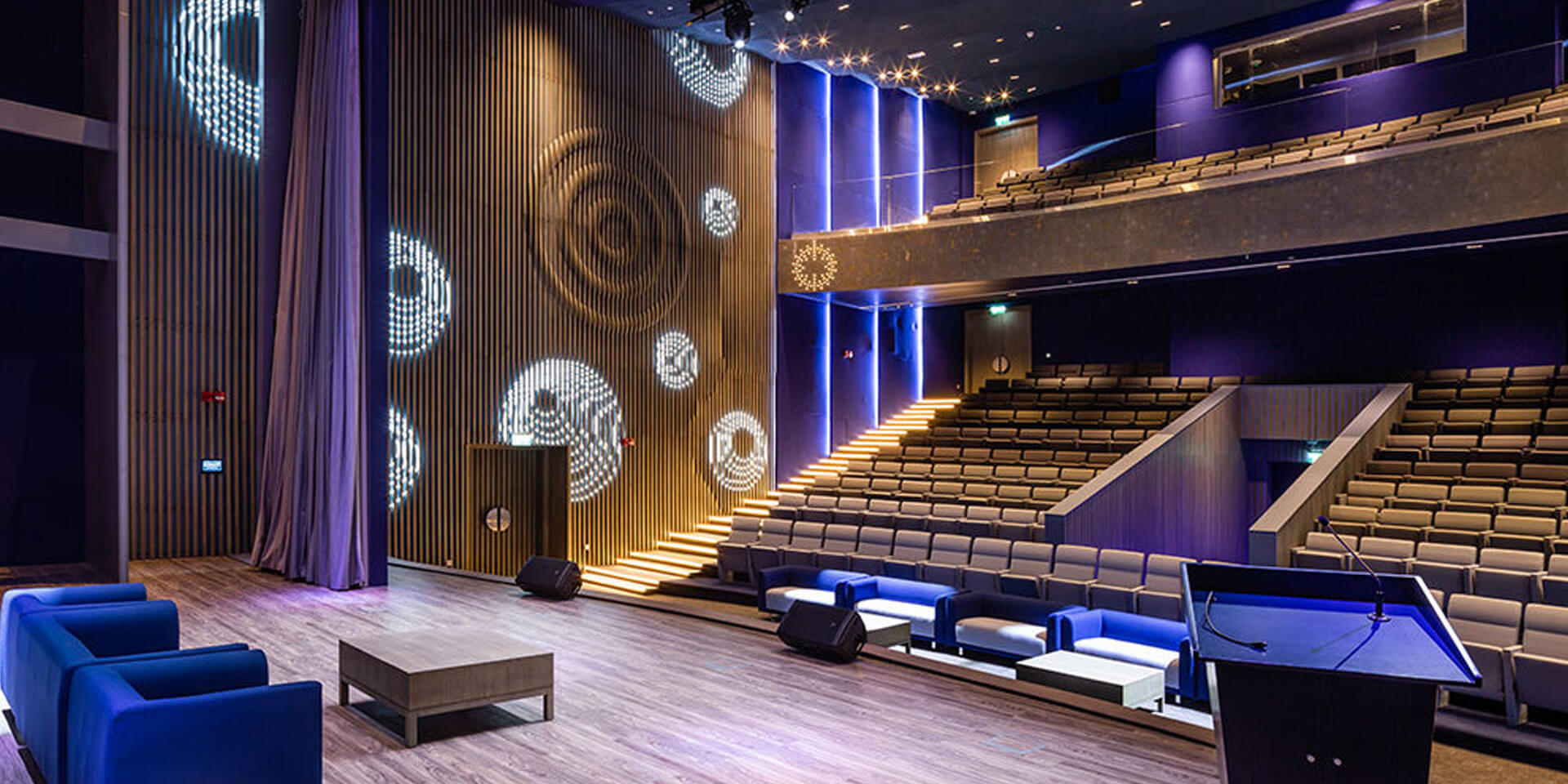 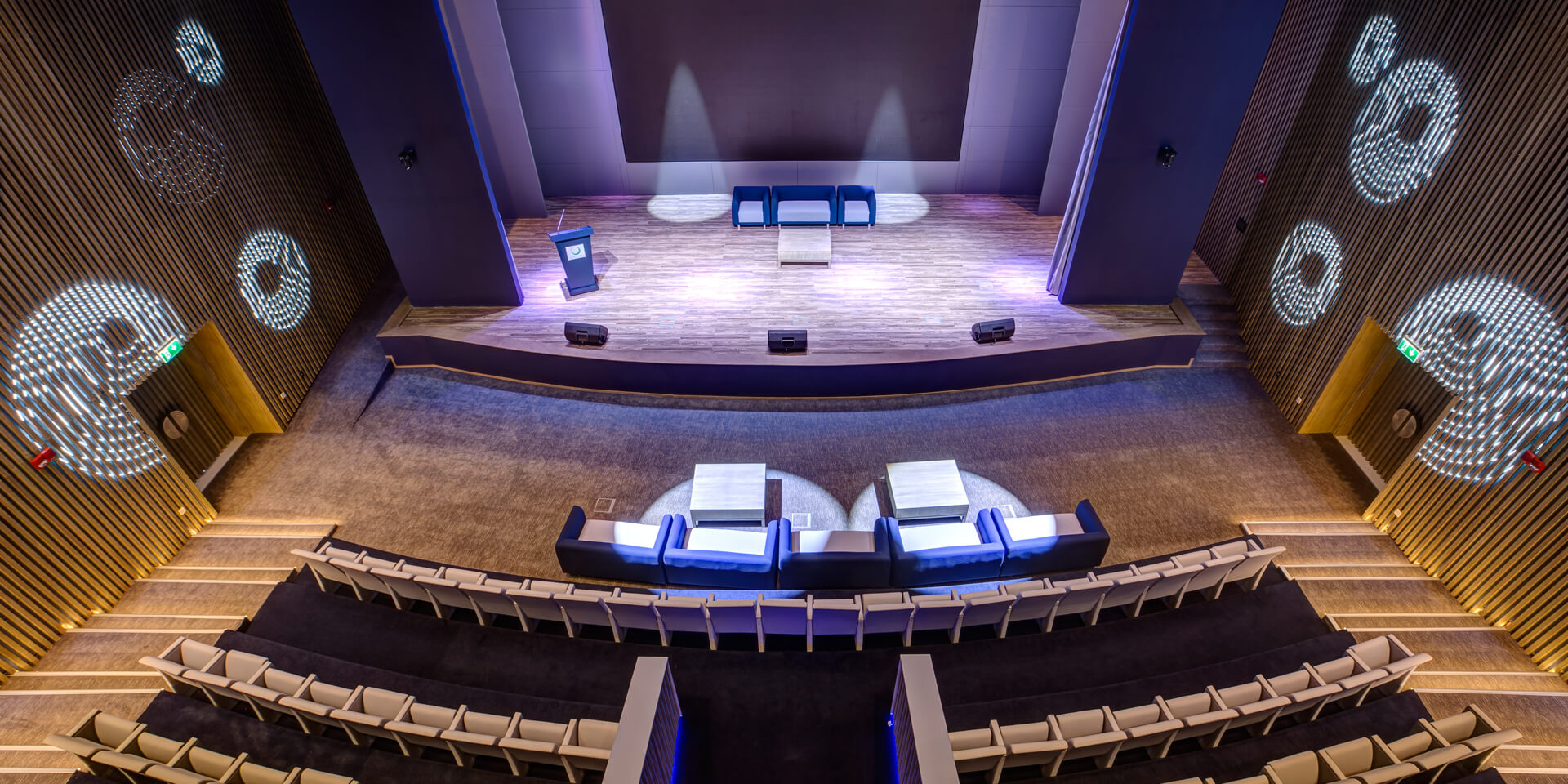 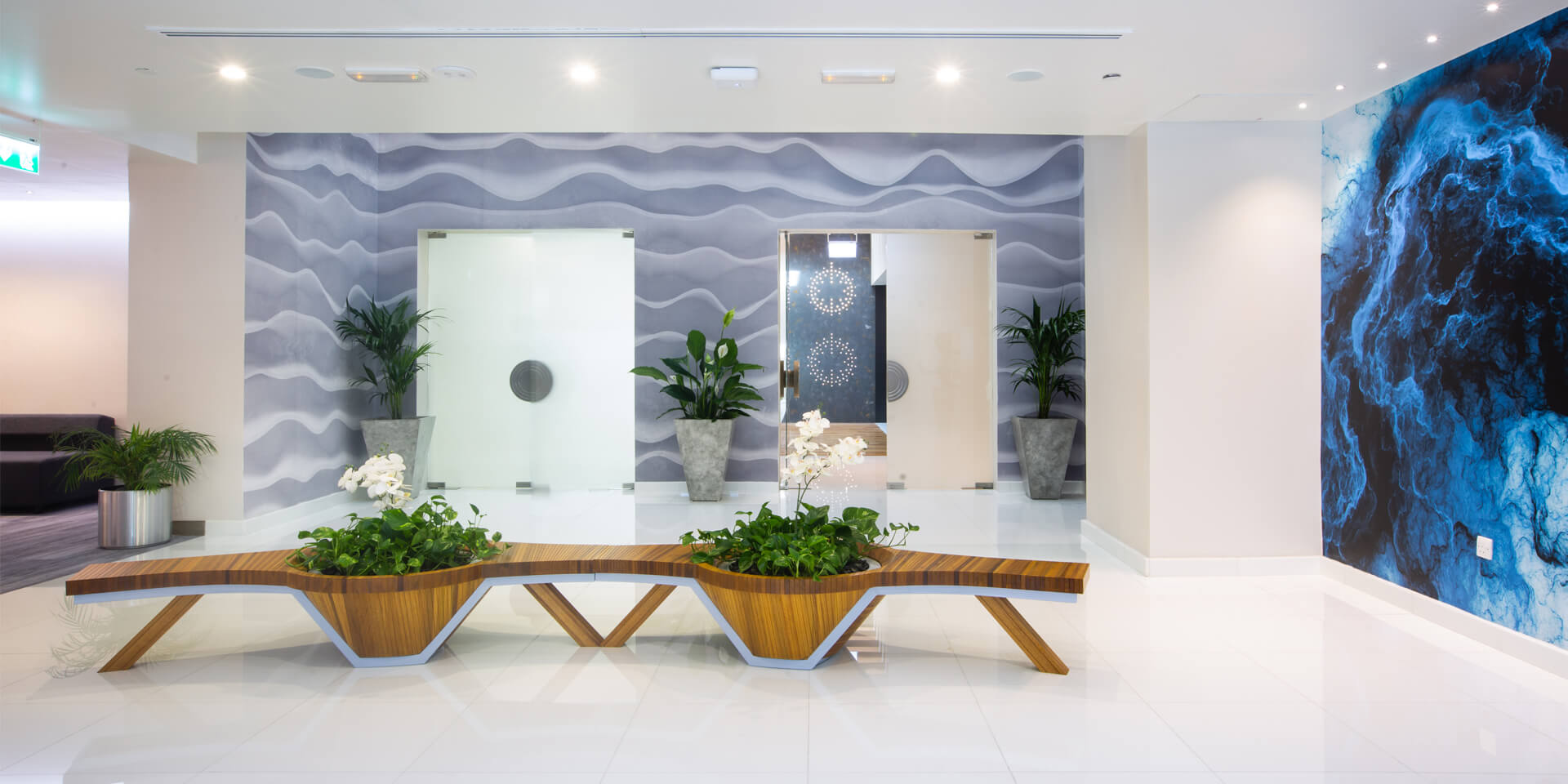