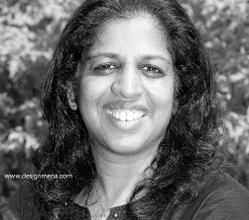 Insight: Social Designer: Does the use of social media help or hinder interior design and architecture professionals who use it regularly?

Does the use of social media help or hinder interior design and architecture professionals who use it regularly?

With the boom in networking sites such as Facebook, Twitter, LinkedIn and now Google+, it would seem everyone is using it, including interior designers and architects.

It remains to be seen if the Middle East is picking up on what is largely an international trend, where celebrity designers such as British MBE, Kelly Hoppen has over 8,000 followers on Twitter and Karim Rashid, over 6,000.
Emma Stinson, founder, Studio Em, said her firm uses Twitter, blogs and LinkedIn to communicate with its clients, contacts and suppliers, along with a wider audience interested in interior design.

“As social media is evolving and becoming more popular it is very important we keep these accounts as active as possible. However it is also important we post the right content and don’t water it down for the sake of being active,” she said.

Stinson added she was conscious of companies with Twitter accounts or blogs without new entries for three or four months. “We do not want to fall into this category as it does nothing except to raise negative opinions. An inactive account is far more detrimental than having no account.”

However, Indu Varanasi, architect, ir design, discounts the importance of social media in the interior design and architecture fields. She uses social media both on a personal and professional level, but on a very limited basis, and only to announce an event. She hinted social media such as Twitter is not a serious mode of social media and said: “We cannot categorise all social media into one bracket. Blogs can be serious channels of information dissemination and opinion generators.”

Dubai-based interior designer, Dina Murali Belgami disagreed: “I don’t agree when people say tweeting and blogging are a waste of time. Doing it shows how exposed you are to trends and styles that come and go every day.”

This is supported by Mark Schumann, director – programme cost consultancy, Middle East, Davis Langdon, who said while nothing beats direct communication with clients and colleagues, social media gives equal and instant access to a network of like-minded individuals and companies. He added businesses ignoring social media could be at a disadvantage.

“In an industry where we tend to win projects and new work through referrals, recommendations and repeat business, social media gives us a simple way to engage with our followers in real-time. In just the few months that I have been using Twitter, I have renewed contact with a number of fellow professionals and businesses from my past, and developed new relationships with people and practices I had previously not been aware of.

In some cases, I would not hesitate to put my new contacts forward for opportunities simply due to the influence and social etiquette I have seen on Twitter,” said Schumann.

Varanasi disagreed and said while social media is important to publicise new projects, she has her doubts if it helps getting customers in. “Projects are secured on the basis of the confidence designers are able to convey to the client, not something written online.”

“Does it help with customers? There is no easy answer. Have we ever got a project directly because of social media? No. Have we had possible clients contact us because they have seen us on social media or been recommended to us because of it? Yes, so it depends what you see as useful,” she said.

Schumann agreed and said he has seen big benefits in his short time on Twitter. “One is the implementation of #ArchitectMap, where I collaborated with Su Butcher, practice manager at Barefoot & Gilles, to create a global map of all architects, designers and consultants on Twitter. The map has filled up with hundreds of architects and design consultants from around the world. It has snowballed in a short period of time and shows the appetite members of our profession have, both for social media and for looking for new ways to promote themselves.”

Belgami said in Dubai, interior designers talk about networking, but never get actively involved. “Exposure, new clients, enquiries and opportunities. To be seen and heard for free — isn’t that a fair deal?” She added she would like to have a tweetup (a get-together for people who use Twitter) for designers in UAE, to connect at a professional level.

Varanasi completely discouraged professional tweeting. “Professional tweeting is something I would not advise; this would be a breach of confidentiality of the client. Tweeting about products may be okay but why waste time limiting yourself to words? I suggest having a serious blog instead.”

Schumann said on a social network, everything a user does is useful in one way or another. “It could always be argued that if you are spending time maintaining Twitter or Facebook wouldn’t that time be better used ‘working’ but I don’t agree. The benefits far outweigh the negatives.”

Those using social media for instant rewards need to stop immediately, as people can clearly see them pursuing self-gain, according to Stinson. She added while useful, social media and marketing will never replace old school methods of marketing, and there is no better networking than meeting people face-to-face.

Stinson said while she doesn’t see being accessible as being a downside, she warns people have to be mindful they are running a business.

“Your competition are following you and reading your tweets. You would never leave your door open to your office and leave it empty for your competitors to root around in, so why would you tweet ‘pitching to XYZ Company today about a new restaurant concept they are looking for, wish us luck,’ This opens the door to them to contact XYZ Company and perhaps pick up some work.”

Belgami echoed this and said as a designer, she will not discuss projects she is pitching for, but loves to share her completed work.

Varanasi only said time was the biggest problem with being active on social media. Schumann agreed that one challenge is finding time to maintain various accounts. He said there are a number of tools to help people manage social media accounts, which he has found very helpful. Belgami said there was no need for Twitter updates every two minutes, but an opportunity to be there must not be wasted.

But are interior designers and architects picking up on social media in the region? Schumann said he was disappointed, as he expected to find more than he has.

“You only have to look at the list curated by @designMENA of Middle East architects and designers to see we have a long way to go. If you also look at the Twitter #ArchitectMap and compare the Middle East to the UK, you can see a huge difference in the number of people in our industry who use Twitter in our respective regions.” He said this could be because in the Middle East, professionals tend to be a bit slow in adopting new methods and approaches, especially in the construction industry.

Stinson said she is equally puzzled by the lack of interior designers and architects on social media. “Perhaps we are fortunate to have a social media enthusiast in the office that enjoys doing it.”

Varanasi said she doesn’t know how many designers are active on social media, but has seen comments from some on LinkedIn.

Belgami said very few are active in the sphere. “I think firms, whether architectural or interior design, must actively involve its designers to share a trend, a story, a concept, to be seen and heard.”

Schumann said future success for winning work and having influence in the industry is going to be driven through social media, and advised others to get on social networks like Twitter to interact with customers and peers.

Varanasi disagreed and said there cannot be a blanket rule on it. “If the designers have the time to invest in this, they should. But to expect serious enquiries being generated is wishful thinking.”

Belgami contradicted this: “I have been lucky to get projects, connect with suppliers from all over the world via my blog and tweets. I have received letters on how my blog has impacted another person’s life/career. Companies not up-to-date on social media have no clue of what’s going on around them. They are definitely lagging behind if they consider tweeting and blogging as child’s play. This is here to stay.”

Stinson said there isn’t any reason for designers not to be on social networks. “Get on it, tell us about what you do, great designs that inspire you, designs you don’t like, great contractors, poor contractors, brilliant materials or materials that let you down. Let’s start enhancing the design industry and getting the MENA region known as a design hub.”